Bordered on one side by the Mediterranean and on the other by the Provence limestone. Astonishing and so characteristic, its red rock is outlined by abrupt reliefs which give the landscape a particular charm which will not leave you indifferent, we guarantee it! Hikers, horse riders, mountain bikers ... 32,000 natural hectares and various developed circuits are waiting for you !

The Alpes Maritimes (06) situated on the Mediterranean sea side, stretches from Théoule-sur-Mer, a village on the border with the department Var (83), to Menton a border town with Italy. The seaside road crosses all international renowned cities of the Riviera, such as Cannes, Antibes, Nice, Monaco and Menton. In summer, the region is known for its large beaches and its exceptional location by the sea. However, in wintertime, in less than two hours drive, the department disposes of 660 km ski slopes spread over various ski areas: Isola 2000, Auron, Valberg and Val d'Allos ...etc

The village of Théoule sur Mer is ideally located on the seaside, only 15 minutes from Cannes and 40 km from the International Nice Cote d'Azur Airport. Its central location takes you in less than one hour to Monaco or the Italian border by the A8 motorway, or in less than two hours to Marseille in direction of Spain. Nestled between the Natural park "Massif de l'Esterel" and the Mediterranean Sea, this village is a real haven of peace offering a multitude of nautical and pedestrian activities.

The various beaches facing the Bay of Cannes and the Lerins’ islands, nearty creeks, coves and marinas, offer a large range of water activities. With a park of ​​over 30,000 hectares of nature reserve, the massive de l’Esterel invites sportsmen, hikers and admirers to discover its flora and fauna. This unique setting offers exceptional views from its highest points up to 600m; Mont Vinaigre, Pic de l'Ours, Pic du Cap-Roux etc ..

An unavoidable curiosity of the town of Théoule remains "Palais Bulles", one of the properties of the famous fashion designer Pierre Cardin. An exceptional heritage designed by the architect Antti Lovag and listed as historical monument. Today, this atypical property occasionally opens for events. Its amphitheater hosts fashion shows and small-scale concerts. This addres also is an unique exhibition for its collection of furniture, art objects and design of the 70s.

The city of Cannes with its luxurious palaces and numerous private beaches along “la Croisette” mainly benefits of a worldwide reputation thanks to the International Film Festival. This town is not only a seasonal seaside destination, but lives throughout the year thanks to the organisation of many international congresses, such as MIPIM, MAPIC, MIPTV, MIPCOM etc ...

The city of Antibes is known for its old citadel, the Picasso Museum and its exceptional marina which can accommodate the largest prestigious yachts in the world. Once a year, Antibes Juan les Pins is highlighted by its Jazz Festival in the pine forest on the seaside.

The image and reputation of Nice has nothing to envy to other cities of the French Riviera. Known for its “Promenade des Anglais” with a length of 7 kilometers, between the Nice Cote d'Azur Airport to the Nice marina, from where ferries leave to Corsica and Sardinia. 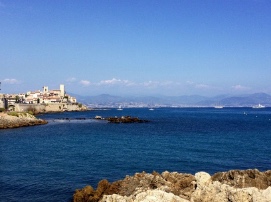 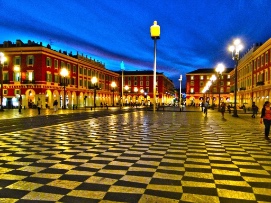 Another prestigious town characterising this touristic region is the Principality of Monaco. The princely palace, the old port, the casino and the many prestigious shops and luxury hotels attract many celebrities thanks to its privileged situation. Every year the Grand Prix Formula 1 pulls a worldwide spotlight on this city "from another world".

Less than 7 km from Monte Carlo is situated the town of Menton. Located at the Franco-Italian border, it only takes a few minutes to get to Ventimiglia (Italy). Menton, a quiet town enjoying the mild Mediterranean climate, organises the “fête du citron” (Lemon Festival) every year during the last three weekends of February. 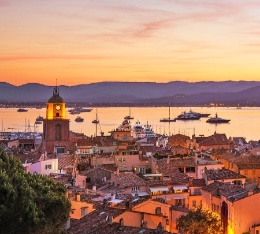 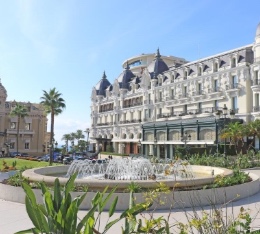 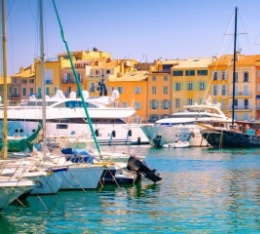 The Var (83) extends from Frejus / St Raphael up to Toulon and counts among its villages the mythical Saint-Tropez and its Port, as also the beaches of Pampelonne and Ramatuelle.

Driving in direction of Toulon is situated the village called Hyères with its natural marine park ‘Port-Cros’ and the island of Porquerolles. The “Var region” is further known for its many vineyards. Particularly famous for it’s rosé wines and “AOC Cotes de Provence” which we can discover through its “route des vins” (wine route)

These southern departments of France have a multitude of picturesque villages in the inland countryside. Beautiful landscapes can be discovered when driving on the A8 motorway, as per example the majestic “Massif des Maures”. 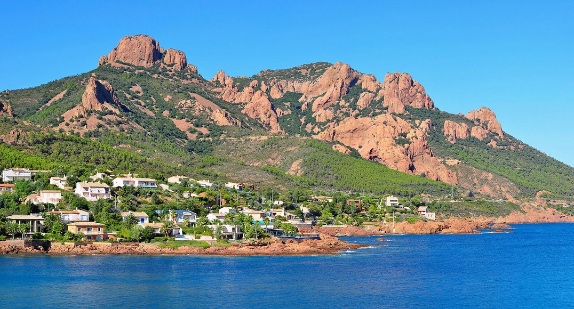